You’ll hear names of characters and places you recognize, and we’ll learn more of the back story of all that happened in Heather and Picket’s world. Click here to listen to Chapters 1-4. I’m already appreciating some of the life lessons I’m learning from Jo Shanks in the first chapters. Hope you enjoy!

After last week’s read aloud, I was thinking about what to read next. Lately people have been asking me about whether I’d heard of this series called The Wingfeather Saga, so I was going to read book #1 for you all. I had already done my first few chapters! But like many authors during this time of quarantine, Andrew Peterson (yes, that Andrew Peterson, the Christian singer-songwriter) is posting nightly story time videos you can check out here. So the author himself beat me to it!

I was also curious to know why the series was coming up in conversation more often these days, because this was a series that came out more than ten years ago. And here is what I discovered. The books have been re-released with a brand new cover, and there was a fair amount of publicity about the series.

Here are the original covers of the edition I’ve had ever since Bibliopolis opened five years ago. I have had very little success “selling” these books to people.

Perfectly respectable covers, but not very eye-catching, I guess. It’s a classic look that would only be compelling to more…mature (read: old) readers. Even my most avid readers have done the slow, drawn out, “Uuuuum…weeeeeell…” which is their equivalent of “No, thanks.” 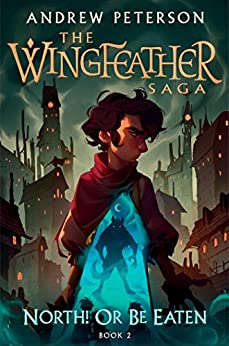 More modern and epic fantasy series looking, wouldn’t you say? I don’t know if you realized books get little refreshers like this, but it is necessary to keep drawing in new generations of readers. Ironically enough, timeless classics remain so by modernizing their covers! We say “don’t judge a book by its cover,” but publishers and authors know the power of the cover.

All this to say, I do hope more readers will take up this series, as it is quite engrossing! As for my read aloud, stay tuned. 🙂

Have you read the series? What are your thoughts?

It’s been awesome to see and hear about different people taking up the recommendation to read The Green Ember. I wanted to feature some of the photos and videos I’ve received from people who’ve recently gotten into the series.

From our friend out in Fairfax, VA: 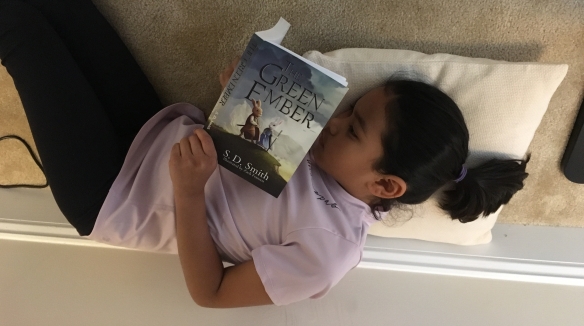 couldn’t figure out which way was up, so just went with the book right side up. 🙂

And in true Reading Rainbow fashion, you don’t have to take my word for it!

From down south in Riverside, CA:

Do you recognize the thing with the red ribbon on the book? It’s the star made out of sticks from Chapter 1! I heard that she and her younger brother played with it out in the yard, not unlike Heather and Picket. 🙂 What a booktastic way to have some DIY arts and crafts and outdoor time during SIP.

And perhaps my favorite update comes from a friend in San Diego, CA: 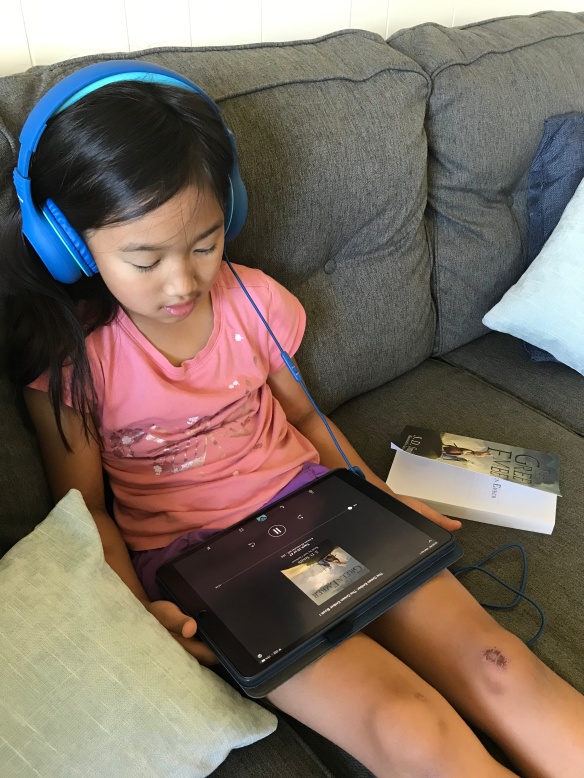 Mom told me that the book was a bit challenging, so she abandoned it in favor of the audiobook – which is totally cool, by the way! 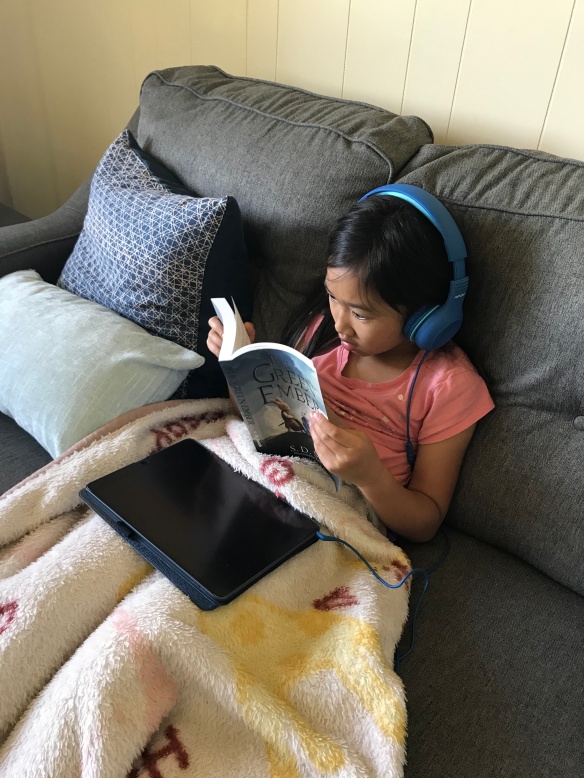 She got to a good part, and she grabbed the book and started following along. Love it!

There you have it – we have three youngsters (and their not-as-young moms) recommending The Green Ember. Get started on the series now, and you won’t have to wait for The Last Ember to come out like some of us have! Ember’s End came out ahead of release, so it is already available! And good news, it is available for free on Kindle Unlimited – whoo!

Do you have any SIP reading photos or videos to share?